It’s a bird…it’s a plane…it’s another review! With great reviews come great responsibility. With that in mind, please be kind because you won’t like it when I’m angry! Let me introduce you to the “Marvel Super Hero Adventures Iron Man Headquarters Playset” where villains don’t stand a chance when they go head-to-head against your favourite little superhero. 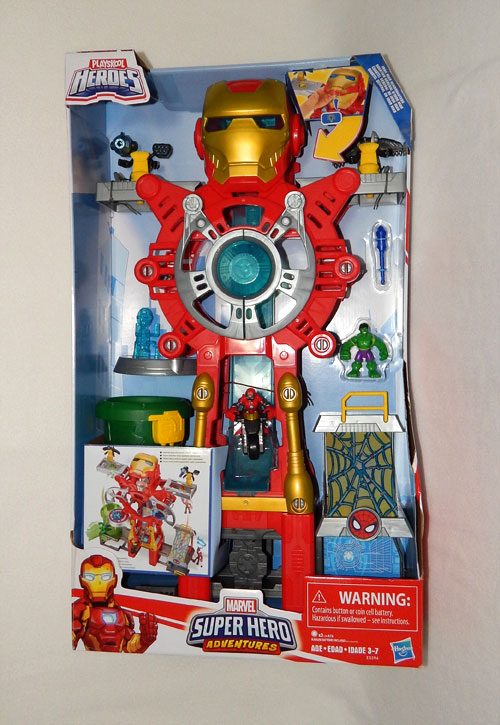 What does the Iron Man Headquarters Playset Include?

The “Iron Man Headquarters Playset” comes with the tower, Iron Man and Hulk figures with power up arms, 2 additional power up arms, 1 projectile and 1 motorcycle. 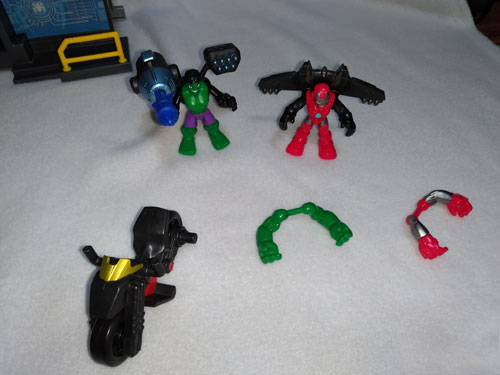 The Iron Man and Hulk figures stand 2.5 inches high and have interchangeable arms. The arms simply snap on and off and are easy to manipulate for little hands. (My son is 7 and can switch the pieces easily).  On the each shoulder of the tower, there is a stand for storing the extra pieces. One of the power-up arms has a blue projectile that can be launched at your foe. The figures and the motorcycle can stand upright without support.

The tower stands a little over two feet tall.  The shoulders, Hulks Gamma Chamber and Spiderman’s web slide in and out for storage and stability. 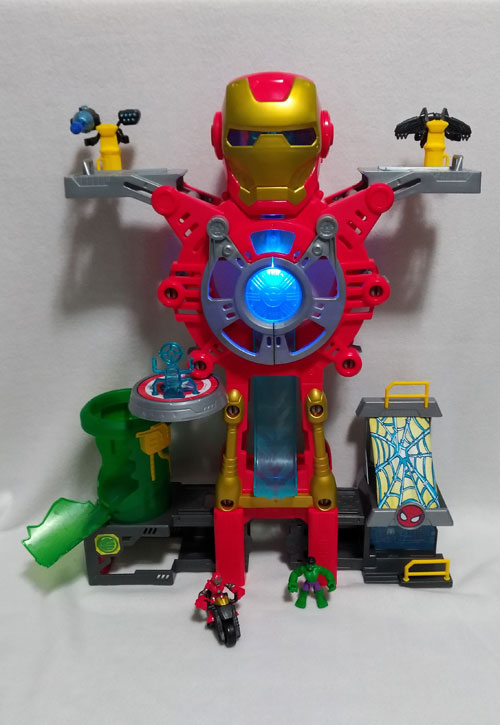 Activate the lights on the tower by lifting the Iron Man Mask or by pressing the button on the left side of the head. The lights are powered by 3 LR44 batteries and will flicker for approximately 10 seconds before turning off.

When the Mask is lifted Iron Man’s Motorcycle is revealed. Launch the motorcycle down the ramp by pressing down on the lever located on the tower’s neck. 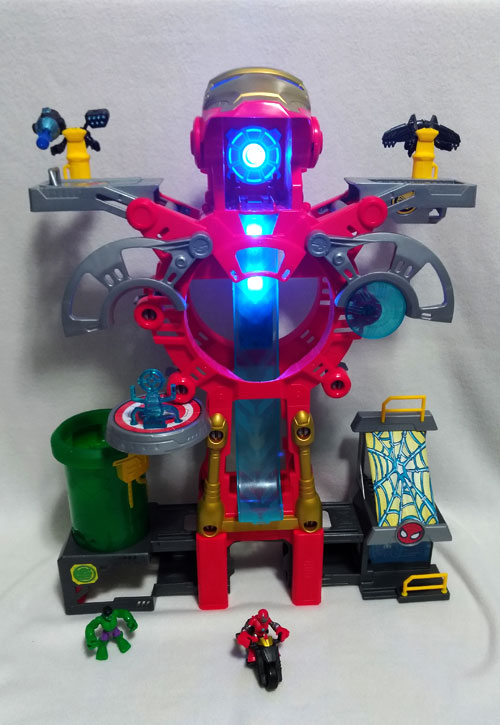 There are two trap doors on located on each shoulder of the tower.  They are easily activated by a slight backward push. When activated figures will drop down into Hulk’s gamma chamber or onto Spider-man’s  web launcher. 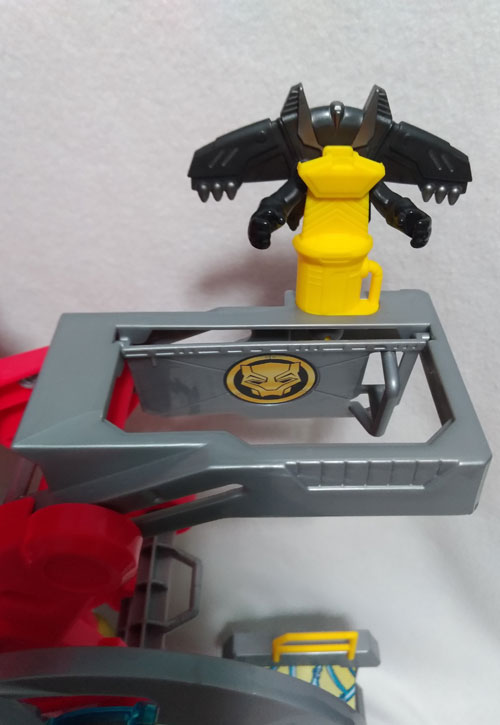 What Did We Think?

I like the size of this toy as it is big enough for two children to comfortably play together. It is quite large to store, but the shoulder and base fold in for storage.

The trap doors are too easily activated when playing on them. It is frustrating when the traps open unintentionally. and  would be preferable to have a button required to open them.It is difficult to accurately land a figure on the web launcher. My son enjoys the “randomness” of it, and loves to watch the characters bounce off in awkward directions. 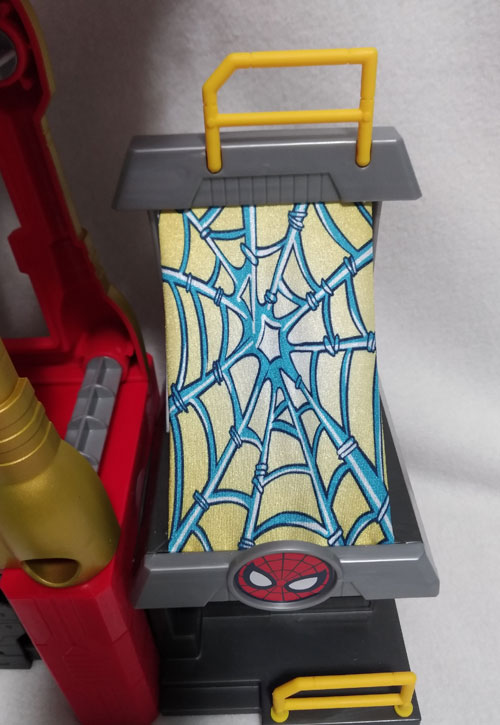 The ramp is steep, and I feel it would work better if it could be adjusted more. Unless the lever to launch Iron Man is completely and quickly pressed, the motorcycle just tumbles down and doesn’t ride down the ramp. 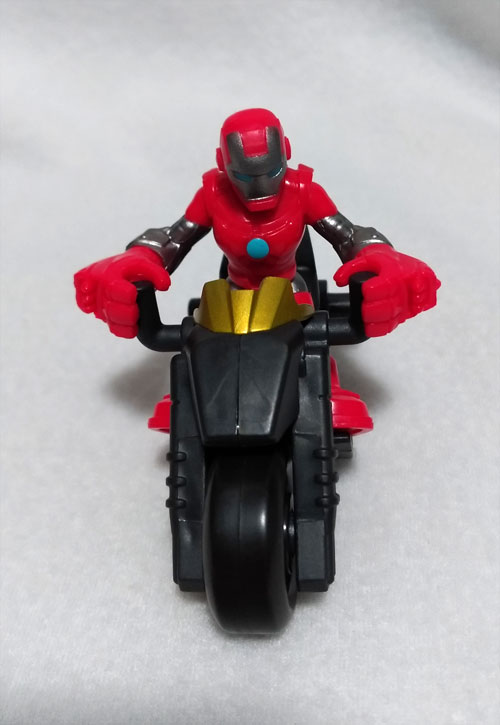 The Iron Man Headquarters brings out the imagination in my kids. It has some lights, but it requires them to use their creativity to act out battles and save the world from the next.

*Disclosure: I received a complimentary playset through the Amazon Vine Program in exchange for my review. All opinions are 100% my own.