My children would love to have a pet of their own, but due to my daughter’s allergies it just isn’t a possibility. With a little imagination “furReal Ricky The Trick-Lovin’ Pup” is almost like having a real puppy of her their own. He barks, does tricks and even does high-fives! 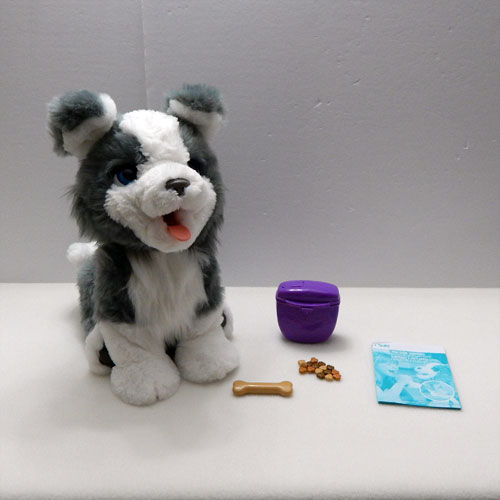 What is in the box? 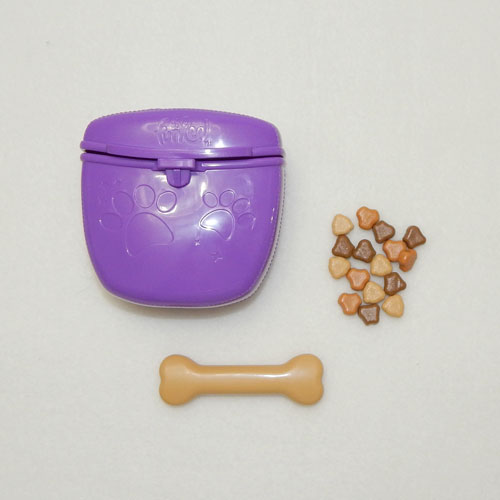 The treat pouch has a little opening at the top so you can easily shake out just a few pieces of kibble at a time.Ricky’s bone treat also fits in the treat pouch. Be sure to only use the provided kibble in Ricky, other foods may get stuck and damage him. 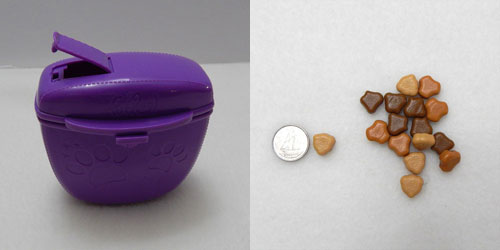 Ricky has 7 activation points: microphone, nose, right cheek, left cheek, upper lip, back and right paw. He responds with over 100 sound and motion combinations. He whines, barks and even sings!

This little puppy works best on hard surfaces like a floor or table. Press his upper lip for three seconds and you will be rewarded with little doggie kisses. Press his right paw to receive a high-five or a puppy paw shake. 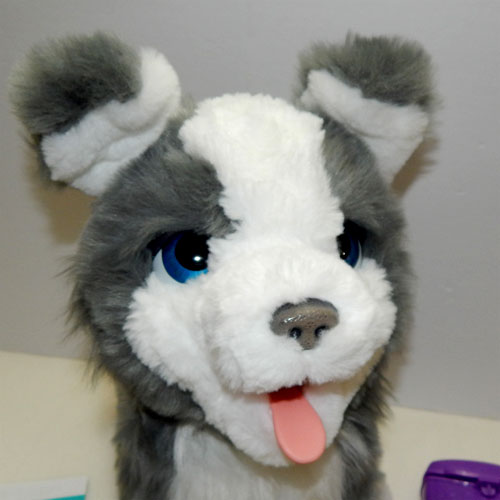 My daughter’s favourite trick happens when you place the bone on Ricky’s nose and make a loud noise. Ricky then flips the bone into his mouth. The bone is held in place by a magnet, making it easy for young children use. 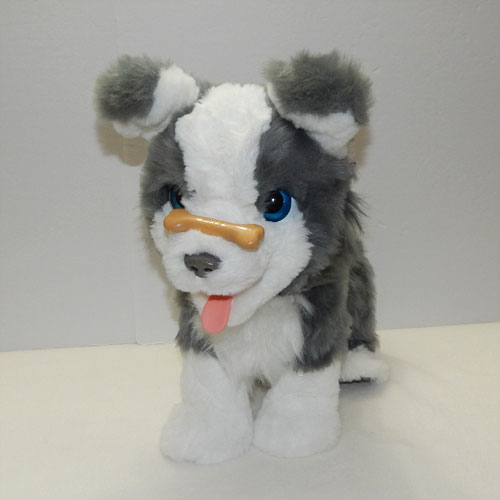 When you feed Ricky his kibble, he will poop it out. After you feed him, gently press down on his back and he will poop out the kibble.  My kids always giggle when Ricky unexpectedly “toots”. 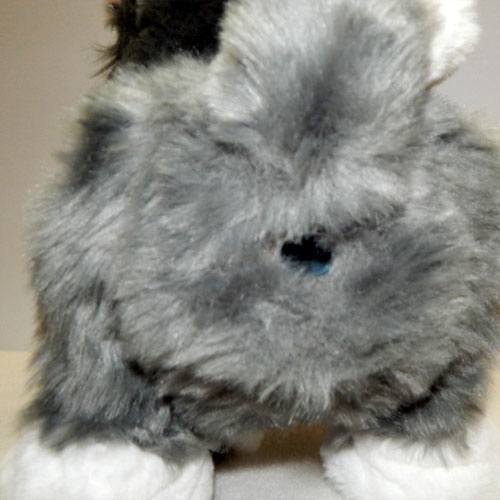 Ricky will also close his eyes and take a nap after about a minute of no activity. Press on his right paw and Ricky will wake up and be ready for more fun!

This furry friend requires 4 C cell batteries. The on off switch is located on his belly.  If Ricky gets dirty, gently wipe him down with a damp cloth. He is surface clean only!  His fur can get a little matted, so my daughter likes to brush it with a soft bristled brush.

I feel like there is a missed opportunity with how this toy moves. This pup only shuffles his feet but can’t sit on his own or walk. To make Ricky sit/stand you move his back legs, they will click when you move them. My children would love to take Ricky for a walk on a leash, like a “real” pup.

Sometimes Rickey’s actions seem a little disjointed, but like all animals perhaps it’s just his personality shining through. My daughter adores “furReal Ricky the Trick Lovin’ Pup” and loves to imagine him as her own pet puppy.

*Disclosure: I received “furReal Ricky the Trick Lovin’ Pup” through the Amazon Vine Program in exchange for my review. All opinions are 100% my own.