“Mom! I need to take my BEYBLADE to school so I can battle at recess with the boys!”

My son could barely contain his excitement after school the day he was invited to “battle” at recess with the older boys. Normally I don’t allow him to take his toys to school because I’m afraid he would lose them, but I couldn’t say no to his excitement.  He picked his favourite BeyBlade from his BEYBLADE Avatar Attack Battle Set and proudly packed it into his backpac for recess the next day. 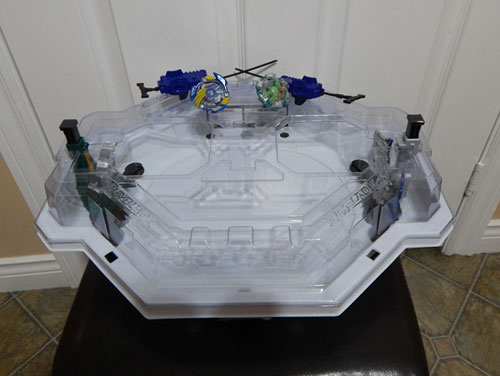 The “BEYBLADE Avatar Attack Battle Set” comes with everything you need to have epic battles with your friends.  Included in the set are 2 Beyblade burst tops – (Valtryek and Kerbeus), the Beystadium and 2 Beystadium accessories.

Each Beyblade comes in three parts. You can mix and match pieces to create your perfect champion. My son has his favourite combination that seems to be unbeatable! No matter how I try, I can not seem to beat his Beyblade in battle.  Each Beyblade has a unique set of battle stats. I don’t completely understand them but a true player would choose the right Beyblade for each battle.

The Beyblades are supposed to “burst” during battle. They have rarely burst for us. We have tried to loosen them a bit and have mixed and matched top, but we have had very little success having them explode. 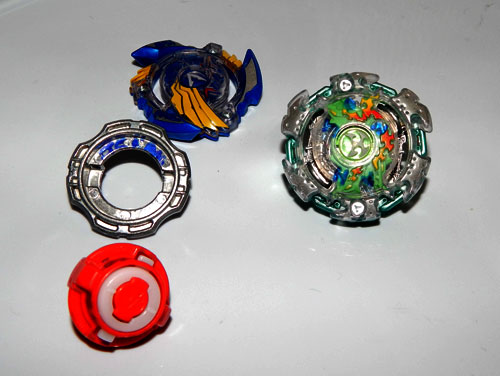 The stadium is made from plastic. It doesn’t feel all that sturdy, but it has stood up to a months worth of heavy play and is still in excellent condition. The top is made from clear plastic and clips onto the base. My son found it too difficult to play with the top on so we didn’t attach it permanently.

Each Beyblade has an accessory chopper to enhance the game play. My son absolutely loves to use these. Simply press down on the button and chop your opponent down!

I love that everyone is able to battle with the Beyblades. I was surprised to walk in the kitchen to discover that my son and his Granny were battling it out! My son and daughter also love to battle against each other. They will try holding their launchers at different angles and pulling them at different speeds to get the perfect spin. 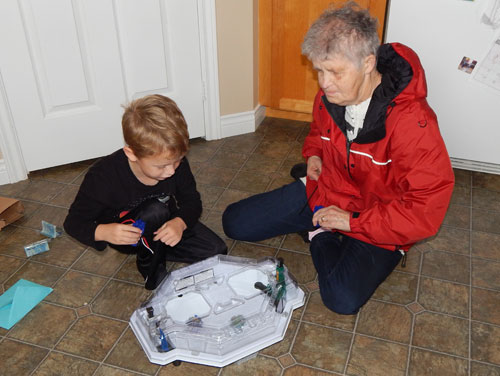 The “BEYBLADE Avatar Attack Battle Set” is fun for everyone, regardless of age or gender. Grab your favourite Beyblade and let the battles begin!

*Disclosure: I received a complimentary “BEYBLADE Avatar Attack Battle Set” in exchange for my review. All opinions are 100% my own.