I love Thomas and Friends train sets as toys for my son. Each set is non-violent, interactive and encourages creative play.  The “Fisher-Price Thomas & Friends Super Station” is my son’s newest set and has quickly become his most favourite. 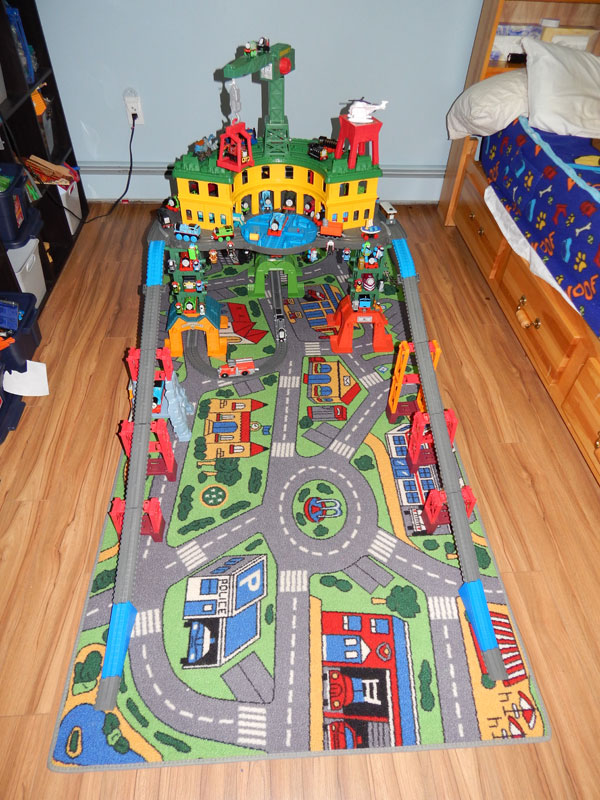 The “Fisher-Price Thomas & Friends Super Station” is a multi-system track that is designed to work with any scale of Thomas & Friends engines, except My First Thomas engines. It comes with Thomas (TrackMaster), Percy (Thomas & Friends Adventures), James (MINIS) and Harold. 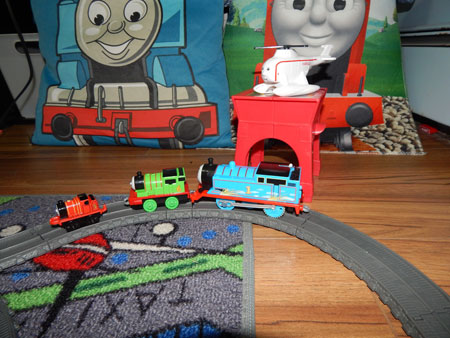 The set it very large, with over 35 feet of track. You can set it up in multiple configurations to suit your space. It comes with adapter pieces so you can connect it to other train sets as well. I love that it can be combined with other sets or used on it’s own. 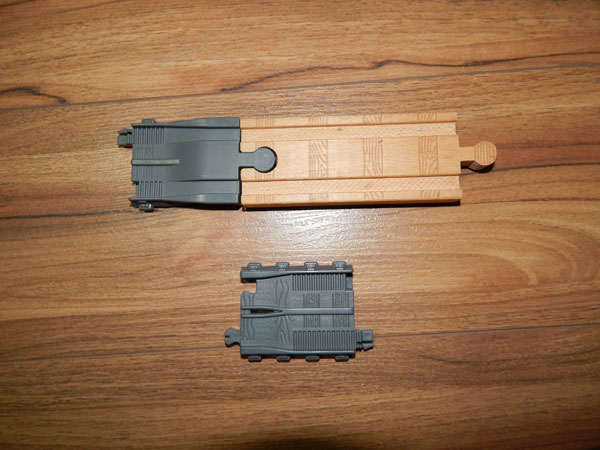 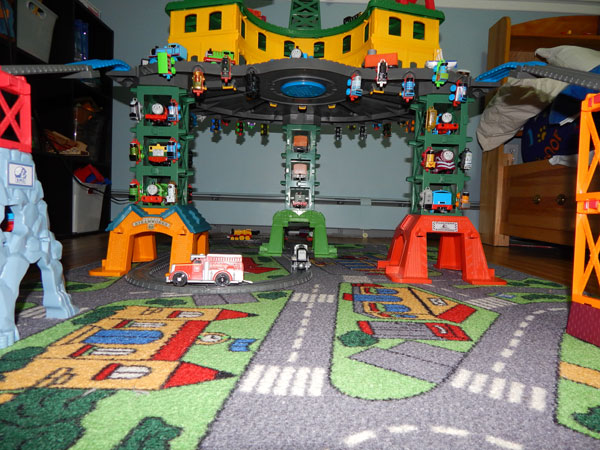 Cranky the Crane sits atop the set and has a crane that can be raised, lowered and attached to a cargo lift. 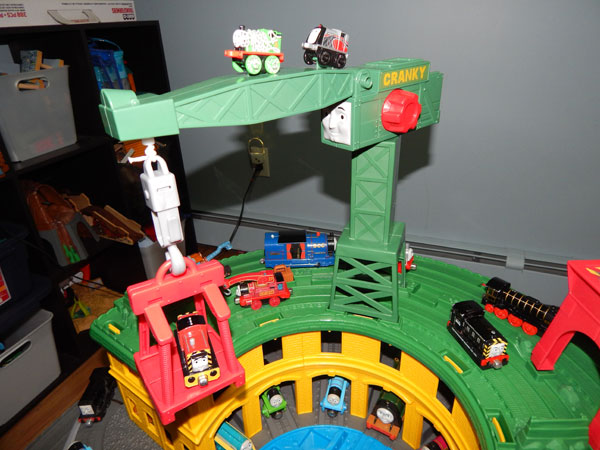 There is also a turntable with with a stop track leaver to prevent your TrackMaster engines from leaving before you are ready. The train shed holds six trains and their tenders. Harold’s helipad can be moved to either side of the green track. 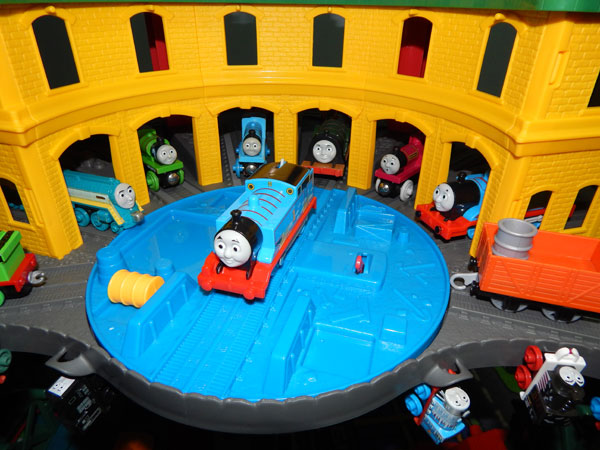 The legs of the set also come off for floor play. My son prefers the full set up. He can stand and walk around the track. The set also holds up to 100 trains. This makes it amazing for clean up time. There is no need for boxes of trains anymore, they are stored directly on the set. Since the set is so large, we often remove the large ramps and only put them on when he is ready to play.

It takes a little bit of time to set up initially. Each piece of track is labeled on the back. If you are familiar with other Thomas  Friends train sets you will be able to recognize the pieces right away. 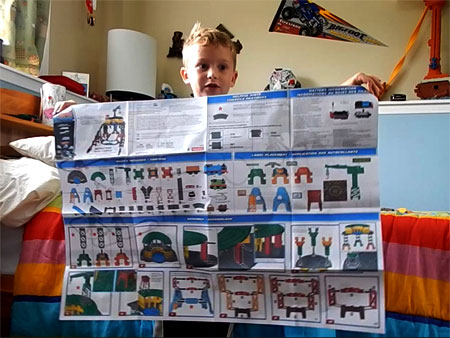 It is large enough that more than one child can play with it at a time. It is very tall and encourages my son to move around the set to maximize his play. 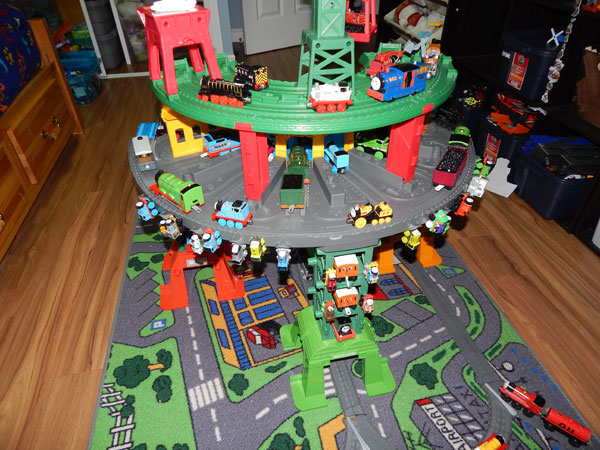 The The “Thomas & Friends Superstation” is an amazing set that will encourage your children to play using their  imaginations to go on adventures with Thomas and his friends. While it is a very large set, it eliminates the need to have multiple train sets which would take up even more space. We love the “Superstation” and would love to see more multi-track sets become available.

*Disclosure: I received at “Thomas & Friends Superstation” through the Amazon Vine program. All opinions are 100% my own.