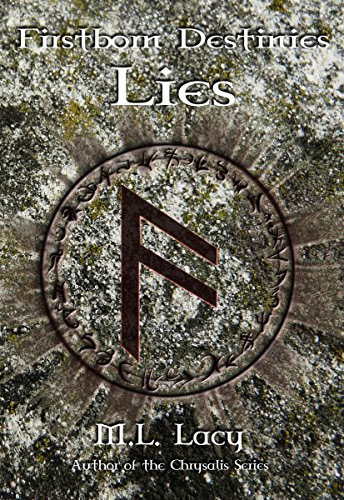 Kelsey’s life is turned upside down where her grandmother reveals a secret about Kelsey’s past, just before she passes onto the next life. Having believed her parents died toddler, Kelsey is devastated to learn the truth…they didn’t die, but instead moved away and left her in her grandparents’ care. Following the clues found in a box of letters, Kelsey begins her quest for answers.  One thing Kelsey does have from her parents is an amulet, that she has promised never to take off. Not understand why, but knowing that it is meant to protect her from some unknown evil.

Kelsey’s journey leads her to a small Candy story where she meets  Justin, a magickal and firstborn of his Royal House. The stars have destined him to marry Hannah, a firstborn of another Royal House. Justin knows his heart belongs to Kelsey, from the moment he sets eyes on her, but to love her means to defy what the stars have written which would have dire consequences. Will Justin prove his Writings wrong? Will Kelsey find the answers that she is looking for?

“Firstborn Destinies – Lies” is written by the author of “The Chrysalis Series”.  I enjoy fantasy books but often get bogged down by strange worlds and descriptions that I just can see in my minds eye. Ms. Lacy has created believable realm where magickal beings exist and humans are completely unaware of them. She enough real world imagery to help you easily visualize the world, while immersing you into a world of pure fantasy.

The story has a theme of love running through it. There is “true love” between a man and woman, love between a parent and a child, and love for a nation. The author made me think about how far I would go for those around me that I love.

The story also talks about righting the wrongs we have done in our lives. The story shows that how a lie, once told begins to unfold and forms a twisted web that can feel almost impossible to untangle. The author made me think about how far I would go to protect a lie.

“Firstborn Destinies – Lies” is the first book in the series, and I look forward to reading more about the characters and their destinies in future books!

*Disclosure: I received a complimentary copy of “Firstborn Destinies – Lies” in exchange for my review. All opinions are 100% my own.