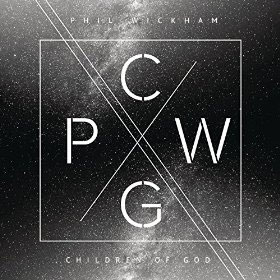 Music is like an old friend, always there when you need it. Just like old friends that you keep forever, I seem to listen to the same music for a lifetime. I like music that is familiar, something that I can sing along with and something that my children will enjoy as well.

“Children of God” is a powerful album of praise by popular recording artist and worship leader Phil Wickham, released in April 2016. The album reminds us that God loves us and we are his children…no matter what.

As soon as I put the album on it felt familiar even though I was sure I hadn’t heard any music by Phil Wickham before. It wasn’t until the third song on the album that I realized why it felt familiar. We were listening to the album in the car and from the backseat I hear, “Mom! Turn it up! I know this song, we sing this in school.”  My song had been singing “Your Love Awakens Me” for a few weeks, they had been learning it in pre-school and he was always humming it at home.

“Children of God (Behind the Album)”

“Disclosure (in accordance with the FTC’s 16 CFR, Part 255: “Guides Concerning the Use of Endorsements and Testimonials in Advertising”): Many thanks to Propeller Consulting, LLC for providing this product. Opinions are 100% my own and NOT influenced by monetary compensation. I did receive a sample of the product in exchange for this review and post.”