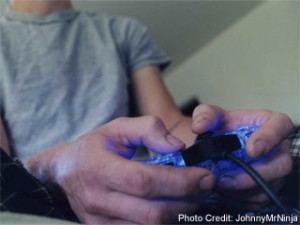 Video games are widely misunderstood, and they can seem like a scary prospect to introduce to your child. The media loves to drum up stories about violent links between real-life deaths and video games. The truth is, the vast majority of games are perfectly fine. However, you need to know what they should and shouldn’t be playing. Let’s take a look at some facts about video games to help you in the future.

They’re Beneficial In Many Ways

Video games are great for kids in many ways. There are so many different types, and they’ll learn a lot of skills by playing them. Some games encourage good team-work and puzzle-solving skills. Some will help them to learn about music, physics and even introduce them to team sports. They’re proven to help reflexes, and new devices like the Kinect don’t confine them to the sofa. While there ARE violent games out there (just like movies), there’s a lot of innovative, child-friendly games out there too.

You Don’t Have To Spend A Lot Of Money

While you can drop vast sums on the Xbox One or PlayStation 4, there’s also some great, cheap ways to get your child into gaming. Ebay regularly has cheap deals on older consoles, such as the Xbox 360 and PlayStation 3. There are handheld devices that are normally much cheaper than the home-based ones too. There’s also thousands of free games out there on the internet. Click here for an example of one of these where you don’t have to pay anything to play. There something for everyone out there, and you don’t need to spend a lot of cash for your kids to have fun.

You Do Need To Be Careful, Though

While it sounds obvious, I need to reiterate that should never give your child your payment details. If you have to use them for any reason, make sure those details are removed from the device afterwards. Some games come with in-app purchases. This means your child could use your card to pay for items that will upgrade their character, for example. It’s a technique that’s come on in recent years, and it has proven very successful. Unfortunately, kids don’t always understand the consequences of their actions. You’ll probably have heard some horror-stories in the media about this. Don’t get worried, just make sure they’re not in possession of those details.

Age ratings come with every boxed video game, just like you’ll find on a DVD. Games like Grand Theft Auto are notoriously violent, so children shouldn’t be playing them. Have a look through your kids’ game collection and see if there’s anything with an inappropriate rating in there. This isn’t always in your control, especially if your child goes to a sleepover at their friend’s house. If you’re concerned about any violent games that have caused a change in your child’s behaviour, seek advice.

If you don’t understand video games, don’t judge them too harshly. They’re a great tool of enjoyment and learning when used in the correct way.