** Penny Minding Mom has partnered with Warner Bros. to bring you this sponsored blog post and giveaway. All opinions expressed are my own. 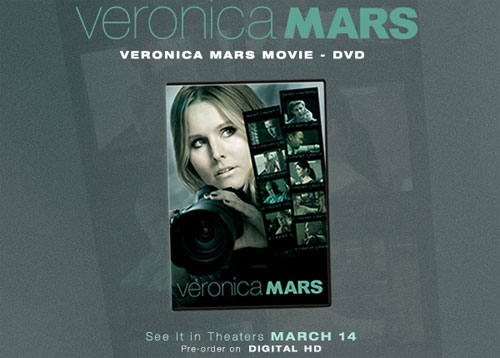 The “Veronica Mars” movie hits theatres this week-end!  In celebration of the movie release we have a fabulous giveaway for all you fans! We are giving away a copy of the DVD of the movie!

On the eve of graduating law school, Veronica Mars has put Neptune and her amateur sleuthing days behind her. While interviewing at high-end New York law firms, Veronica Mars gets a call from her ex-boyfriend Logan who has been accused of murder. Veronica heads back to Neptune just to help Logan find an attorney, but when things don’t seem right with how Logan’s case is perceived and handled, Veronica finds herself being pulled back into a life she thought she had left behind.

See it In Theaters MARCH 14
Pre-order on DIGITAL HD

Following a record-breaking Kickstarter campaign that ended on April 12, 2013, Veronica Mars was shot over 23 days during June-July 2013. It was released in selected theaters nationwide on March 14th, 2014.

Think you know all there is to know about Neptune, California? Test your Veronica Mars knowledge with all 3 levels of super-fan trivia and find out if you are the ultimate Marshmallow!

One lucky person will win a Veronica Mars DVD. This is open to US/CAN March 28, 2014 at 11:59 pm Atlantic.  The winner will be emailed on March 29, 2014 and will have until March 31, 2014  to respond to my email or their prize will be forfeit. If you have won the same prize on another blog, you will not be eligible to win it again. Winner is subject to eligibility verification. All prize packs will ship after the DVD release date ETA May 2014.