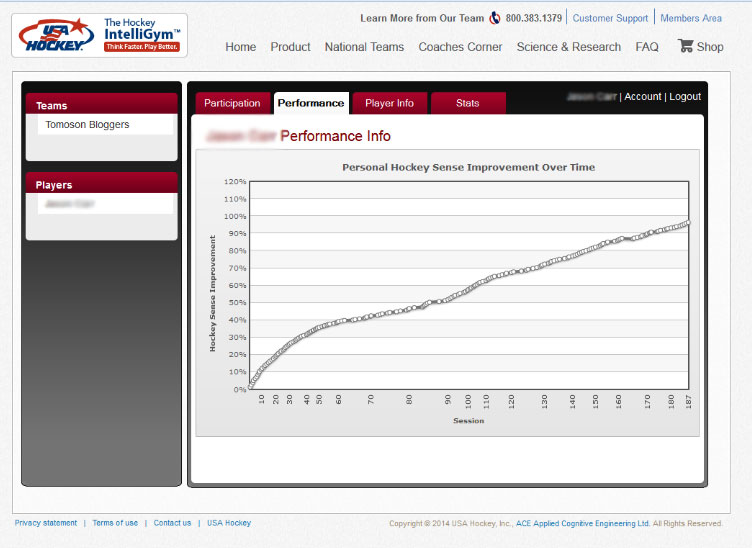 Two years, 187 sessions, and still going strong! There have been dry spells where I’ve been preoccupied with other commitments and haven’t gotten a session in for over a week, and I tend to notice it on the ice. We’re in the playoffs right now, and I’m using the Intelligym religiously.

I find my on-ice awareness is sharper, particularly when I use the Intelligym on my off days as opposed to right before a game. I’ve tried completing sessions right before a game several times, and haven’t had much luck with it. Maybe it’s just like any other type of workout, you need time to recover before you reap the benefits.

Although I was skeptical at first, the USA Hockey Intelligym has opened my mind to other types of training. I’m even pursuing other forms of brain training to help with my every day work. Check out the links to my previous periodical reviews for more details.

PS: My first goal of the playoffs last night. Yay!

I received one or more of the products mentioned above for free. Regardless, I only recommend products or services I use personally and believe will be good for my readers.